I know I don’t write a lot of blog posts, but this year-end-recap more than makes up for it. It’s got it all: Thrills! Spills! Drama! Good video games! Bad video games! Tax woes! Company-form restructuring! Another promise that a console version of Stilt Fella is DEFINITELY just around the corner! (for real this time!)

This is what happened with September Games in 2021. 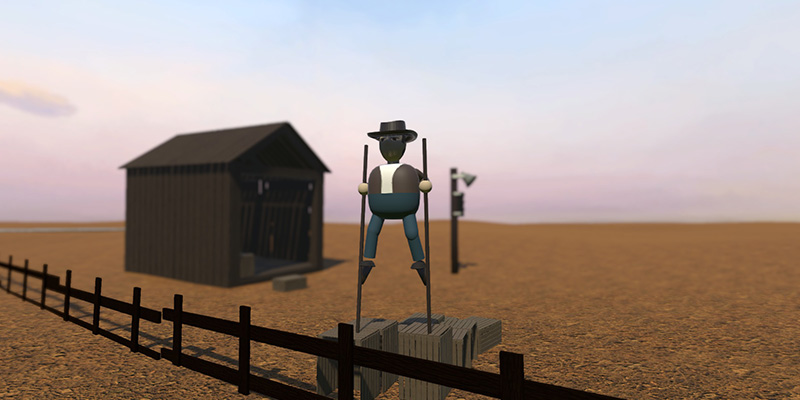 I had been in talks with a publisher to get Stilt Fella ported to consoles, but the talks fell through. A lot of new features for the game had been discussed and I’d even begun development on a lot of them, so instead of leaving them until another chance at a console port appeared, I decided to just implement them in the game and release them as the Big Birthday Update.

After the big update I felt like I still had more things I wanted to do with the game, so I worked more on it, improving the hotseat multiplayer mode and commissioning Sebastian Laitila to make more music.

April: I release a game no one wanted or asked for

During the previous summer I had prototyped a few things, and among them was a hover cab game that I was quite fond off even if no one I had shown it to was particularly enthusiastic.

I decided this thing was too good to just leave as a half-baked prototype so I spent 3 weeks polishing it up and released it on itch.io. Partly because I thought it was quite fun as it was, and also I wanted to gauge interest in the title, see if anyone liked it and wanted more of it.

Don’t be sad hover cabby, even if no one else loves you, I still do!

Sebastian finished up the new tracks, and I released the Music Update on June 4th. I like these tunes, they’re a nice, varied bunch of tracks. You can listen to the album on Spotify too!

Late in June, I woke up one morning with an idea for a crossing guard game in my head. Not sure where that came from, we don’t even have crossing guards in Finland. I imagined how the player would move from left to right while cars would keep streaming down from the top of the screen. It’d be your job to get the kids safely across the road. I drew this sketch that morning, and then sat down to start prototyping it. 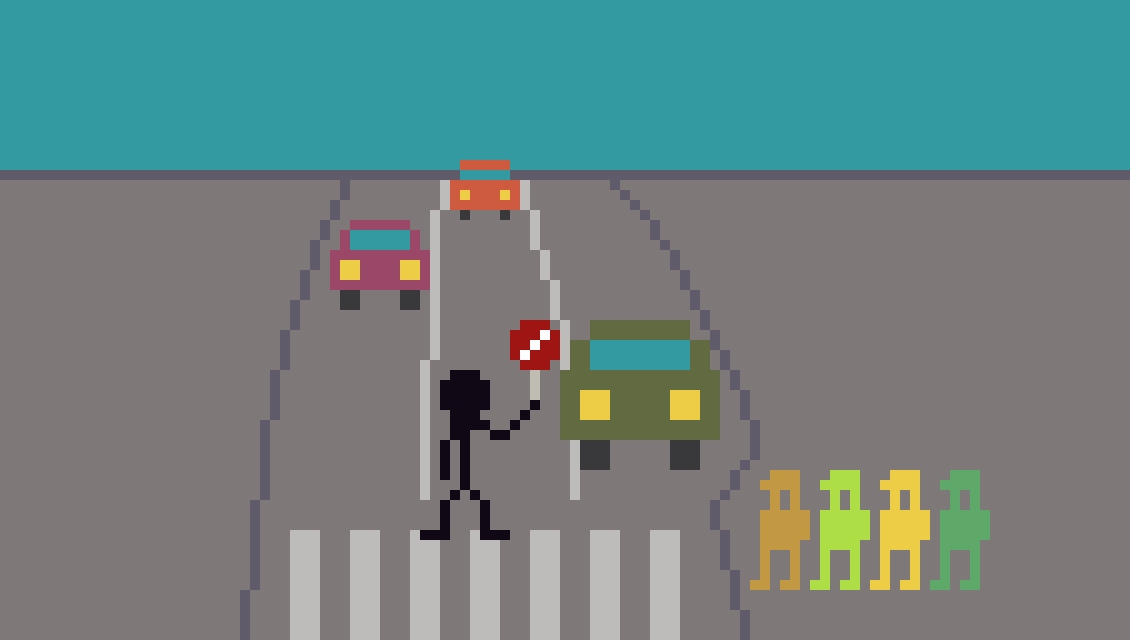 “This’ll be just a lil’ 2 week project that I’ll release as a free webgame”, I thought at the time. 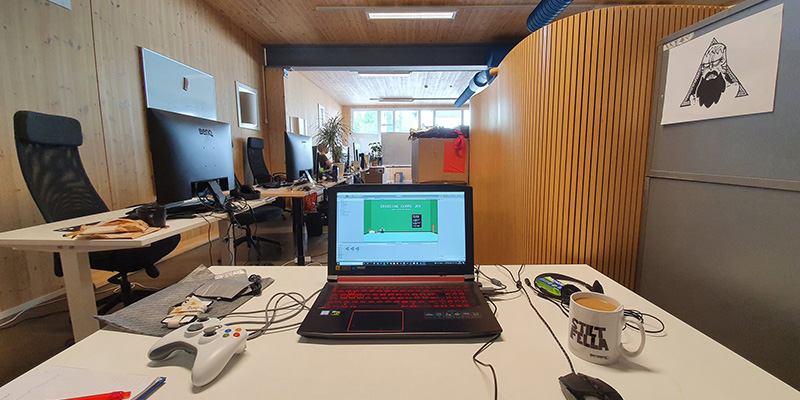 After having worked from home for the first 2 years of September Games, I was itching to be back in an office. So with covid-restrictions easing up, I had a chat with some local gamedev friends, and it turned out they had room for one more at their office. With that, I moved in with my friends at Platonic Partnership, Parta Games, and Lingon Games. It’s worked out great, I liked it here. I can always find someone eager to playtest and give feedback on my latest builds and help for the really tough programming-challenges when my own skills reach their limit.

Remember when I said this was gonna be a lil 2 week project? Haha, yeah me too.

Ok so it turns out that if you have a modest indie hit while being a sole proprietor you gotta pay through the nose on taxes. Holy shit. Time to form an LLC and get a better accountant who’s actually looking out for me. I hate dealing with the whole BUSINESS side of running a business, I’d rather just make games and not worry about it, but as it turns out that’s not really viable, so, uh, it’s been a lot of business-stuff lately, but now it should all be sorted out.

• Stilt Fella console annoucement? Yeah I know I teased this last year too, but I got something in the works that might actually work out this time. Time will tell.

Thanks for reading, and stay tuned to @SeptemberGames for further updates!